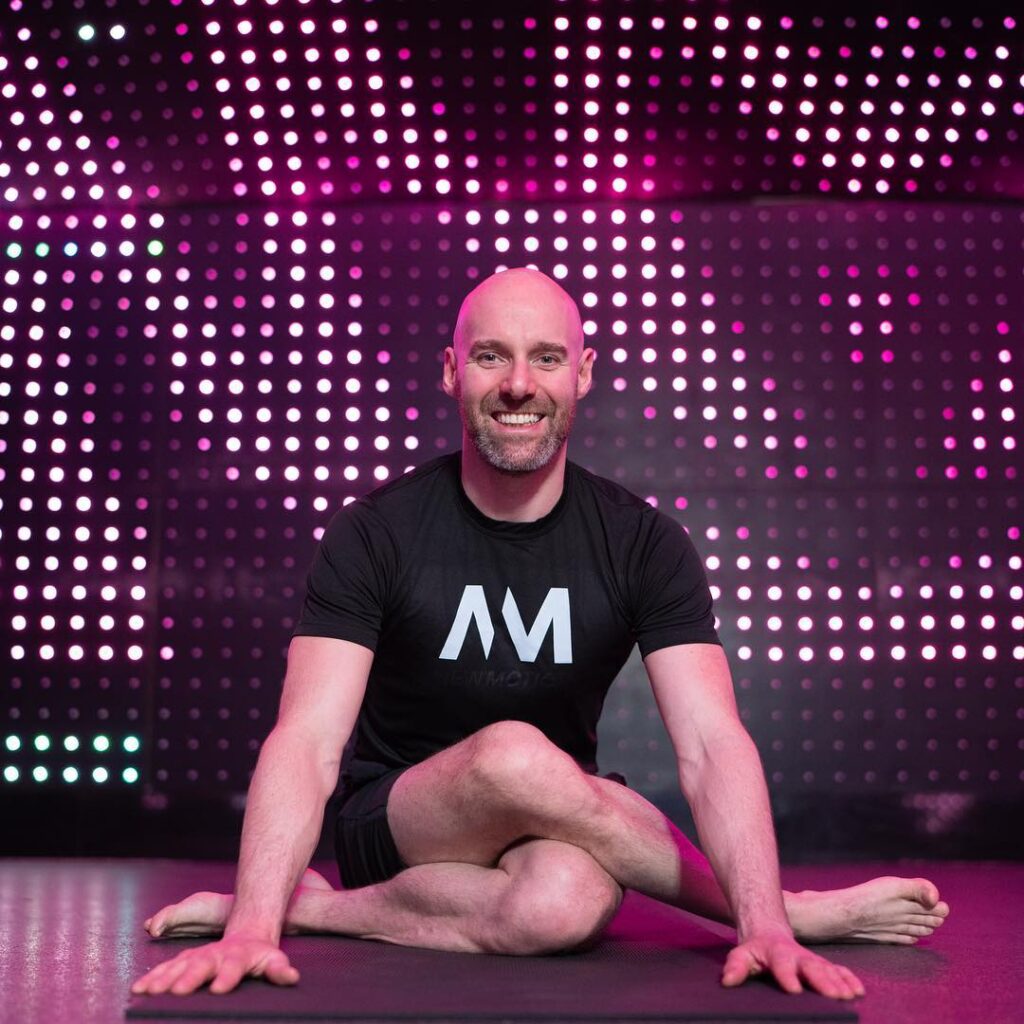 Jamie believes that yoga is for everybody, but not every pose is for everybody. Therefore, he encourages using the practice as a method of self-enquiry, prioritising sensation over shape. Realising that time is precious, Jamie values that his students have invested theirs in attending his class, therefore he always endeavours to ensure that they leave the mat feeling better than when they arrived.

In a time when we see many ex-dancers and gymnasts making the jump to teaching yoga, Jamie Rylett’s background couldn’t be more different.  Jamie discovered yoga when he was a stressed out sales exec, who was much more likely to be found spending his free time on a Midlands nightclub door than meditating in an Indian ashram!  That all changed in 2014 when a frequently occurring coincidence eventually lead to him discovering Bikram Yoga.  He quickly became aware of yogas ability to correct physical imbalances, reduce pain and restore range of motion, not to mention the mental clarity and calmness it provides.

Jamie specialises in Vinyasa flow and Yin.  His classes are educational, playful, functional, and adaptable to the individual students needs.  As a former DJ, you can always guarantee that Jamie has spent far too long preparing the accompanying playlist!

Having benefited so much from yoga himself, Jamie now tries to share the practice with as many people as possible through his fun and friendly Yoga Evolved Festivals and original workshops, including the infamous Gin Yin!

We have moved to a studio!

Come on in to view our timetable, new classes being added every week.